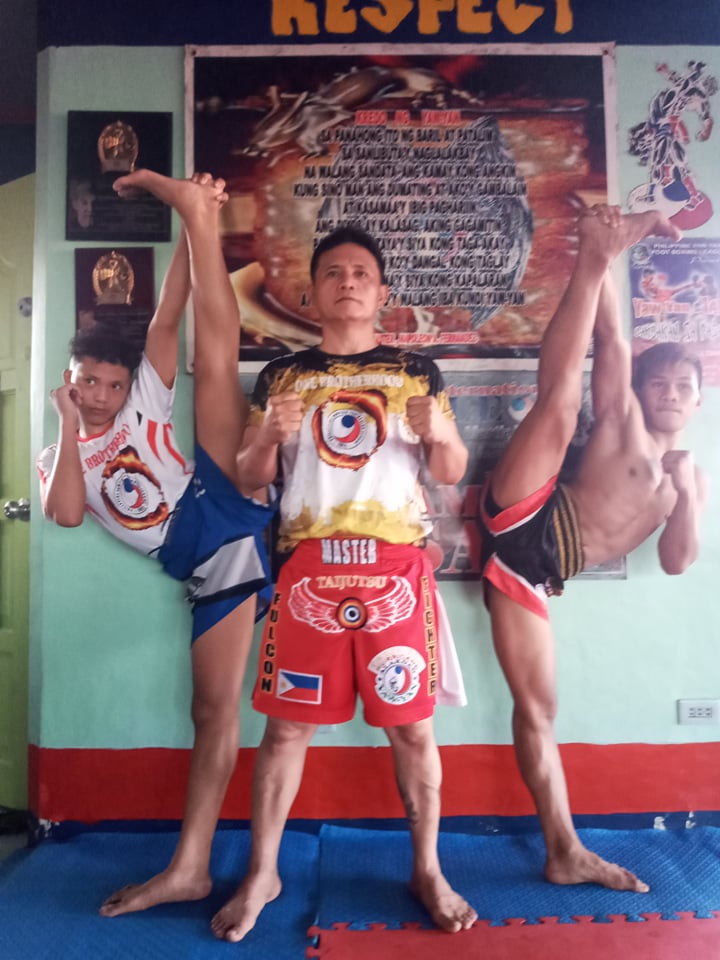 Yaw-Yan is a Filipino form of Kick Boxing.

I was in college at the time.

My friends told me that it’s one of the deadliest Filipino martial arts.

I got so excited that I decided to investigate.

I became a big fan shortly after.

Yaw-Yan is a form of kickboxing.

Kickboxing is a general term.

Practitioners of kickboxing implement punches from boxing and kicks from different martial arts during competitions.

Your first impression may be is that Yaw-Yan is the same as kickboxing.

Is Yaw-Yan just kickboxing with a different name?

Yaw-Yan has a rich history.

Yaw-Yan is short for Sayaw ng Kamatayan or “Dance of Death.”

Yaw-Yan is a martial art designed to allow smaller fighters to compete against larger opponents. 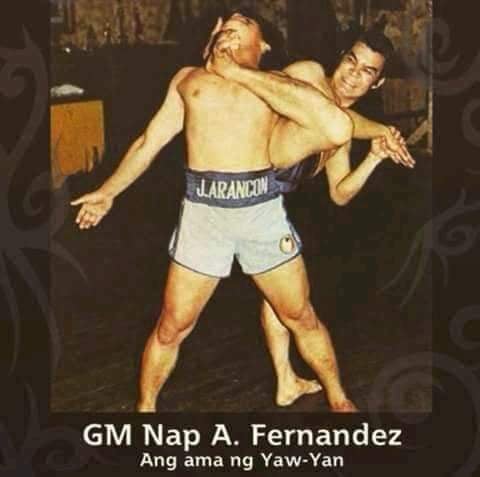 Yaw-Yan fighters use punches and kicks.

The art of Yaw-Yan incorporates empty hand strikes from Kali/Arnis into their punches.

Yaw-Yan allows its students to develop powerful kicks from other disciplines into their extensive move list.

The basic move-list may have a similar set as Muay Thai.

However, when you observe matches that involve a Yaw-Yan fighter, you’ll notice a difference.

Many of the fights I watched had Muay Thai fighters clinching and exchanging knees.

A fighter gets tired and loses the ability to defend himself.

The losing fighter gets knocked out, maimed by a low-kick, or lose by decision.

However, I notice the principle of non-resistance incorporated into the Yaw-Yan fighting style.

Instead of clashing with your opponent’s full power, Yaw-Yan fighters make intelligent moves that exploit the opponent’s weakness and openings.

I’ve seen powerful kicks smash into the face of the opponent of a Yaw-Yan fighter because his hand was down.

I’ve seen a barrage of punches and kicks chipping away at the opponent’s defense.

The Kali-based empty-hand strikes open long-guards, allowing the Yaw-Yan fighter to deliver a head-kick or spinning back fist.

Yaw-Yan fighters learn dozens of variations of punches and at least forty kicks.

As a result, you have more ways to trick your opponents.

You are not just limited to front kicks, roundhouse, and back kicks.

The additional variations allow the Yaw-Yan fighter to attack at different angles and positions.

The opposite is also true.

When facing a Yaw-Yan fighter, you have more moves to worry about and defend against. 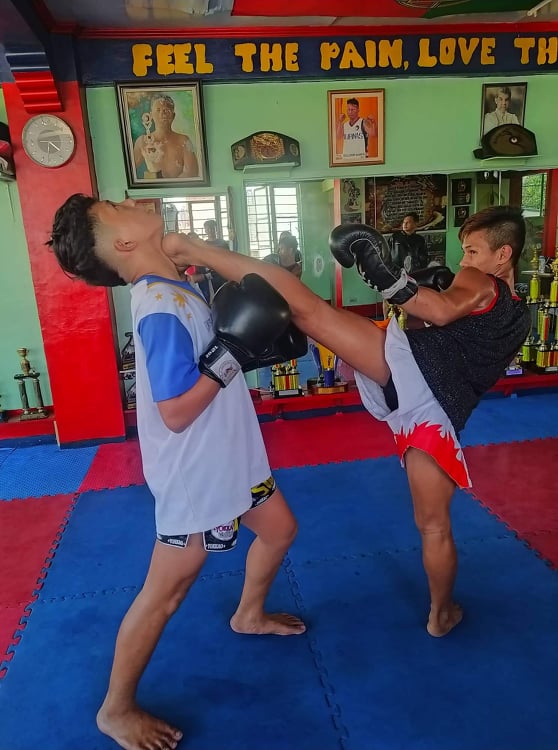 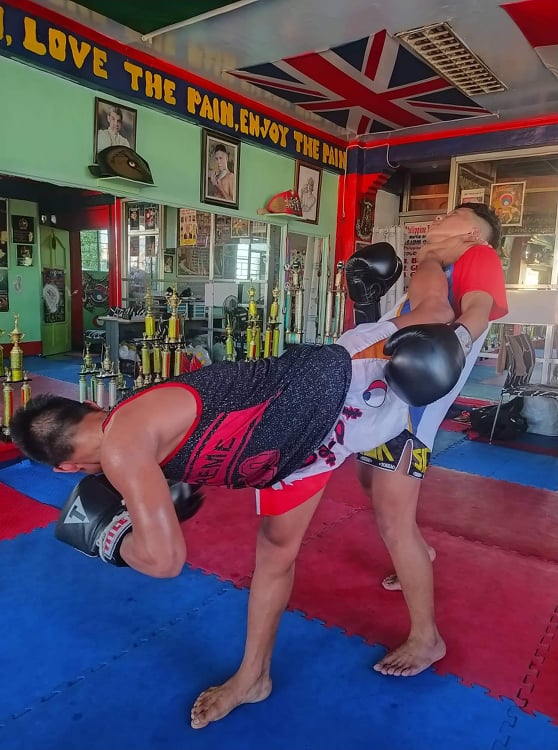 Making the wrong choice will result in your loss.

I’ve observed that Yaw-Yan fighters are proficient at performing their moves from both the orthodox and southpaw stance.

I’ve seen a Yaw-Yan fighter switch stances to avoid a low kick and instantly slam his shin into the opponent’s opening.

Similar to how Leithwei isn’t as popular as Muay Thai, Yaw-Yan has identical notoriety.

Despite being considered more violent than Muay Thai, Yaw-Yan is a fun martial art to learn.

Yaw-Yan is not for the faint of heart.

Like many kickboxing arts, Yaw-Yan uses punches, kicks, knees, and elbows to pummel the opponent into submission.

Despite the tough reputation, the instructors I’ve met are kind and considerate to beginners. 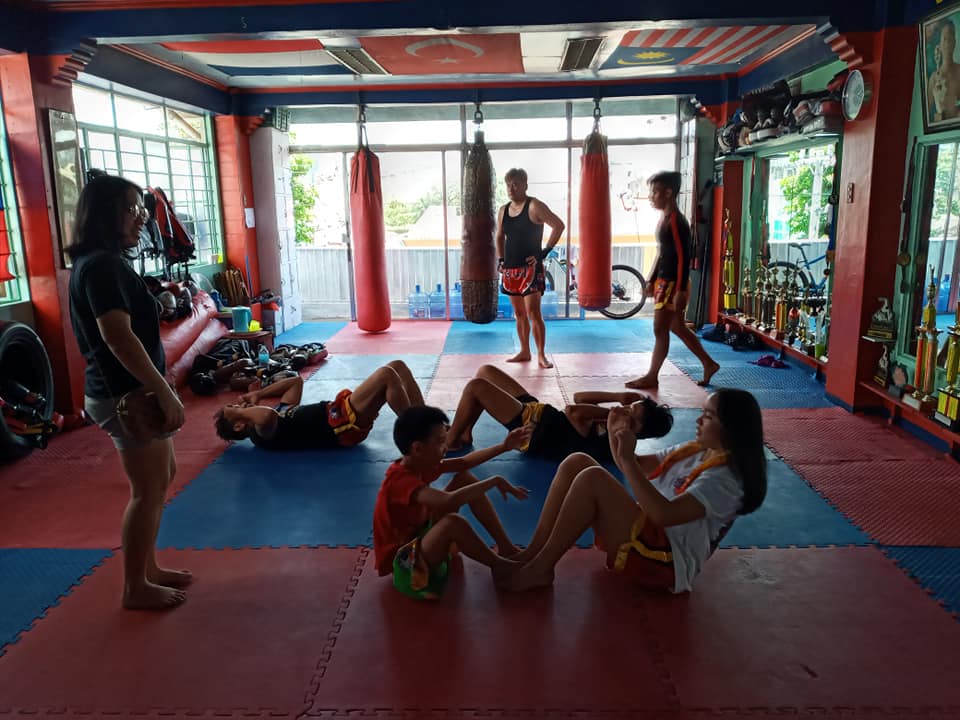 You’ll learn how to do splits.

You’ll clock in some cardio.

I like the fact that Yaw-Yan fighters often compete in local MMA events.

There are slots in their schedule where you can observe fighters train.

Yaw-Yan Pasay also holds self-defense classes where you learn how to use and defend against weapons.

I recommended training at Yaw-Yan Pasay.

You may inquire at the Yaw-Yan PASAY Main Gym. 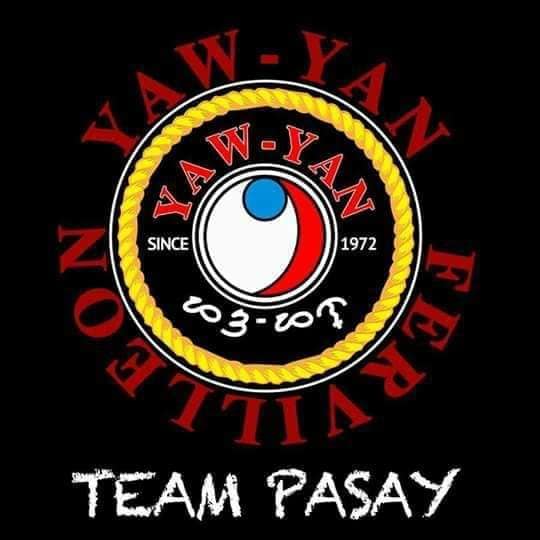 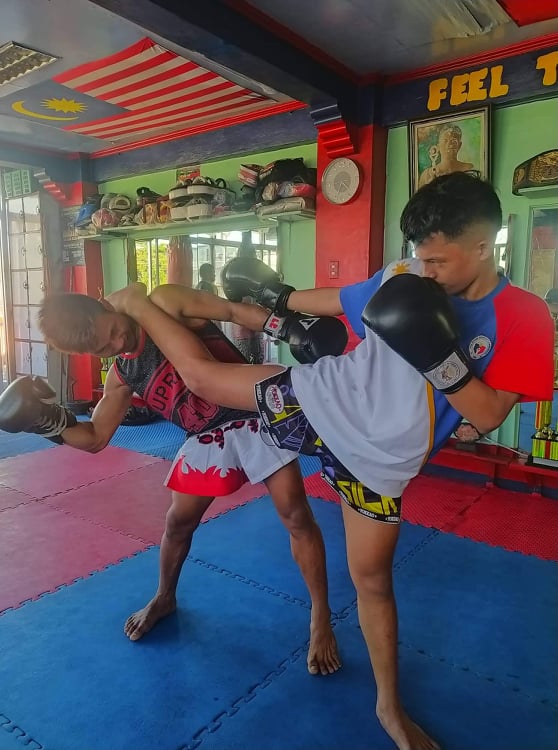 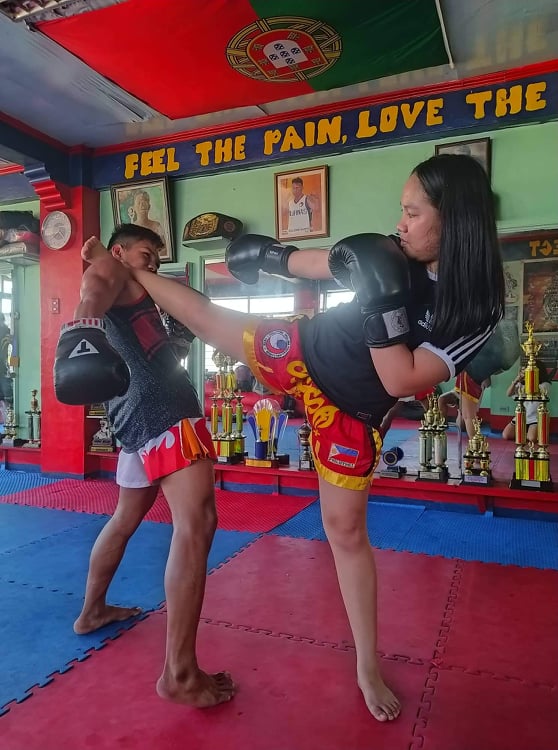 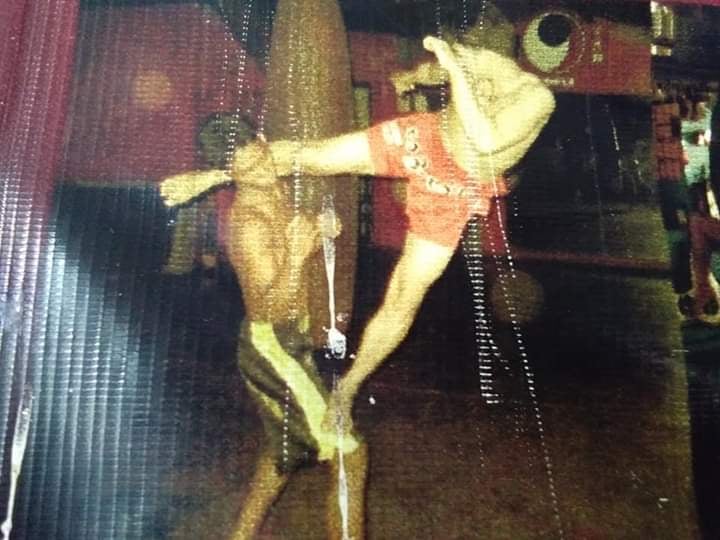 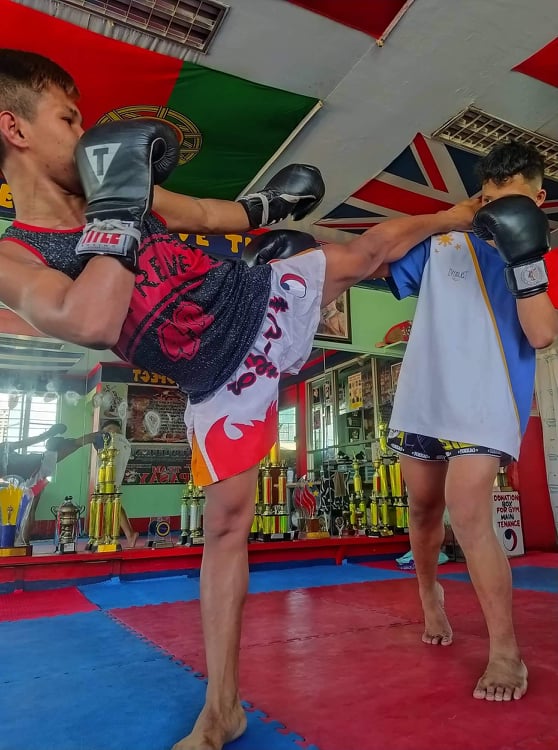 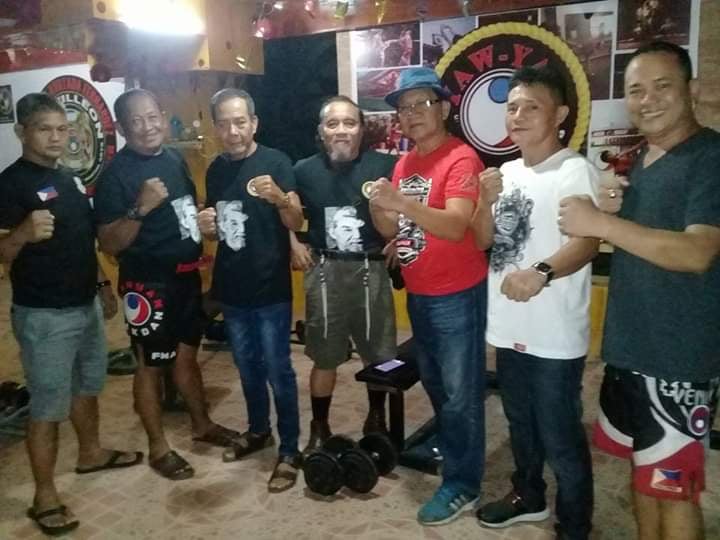 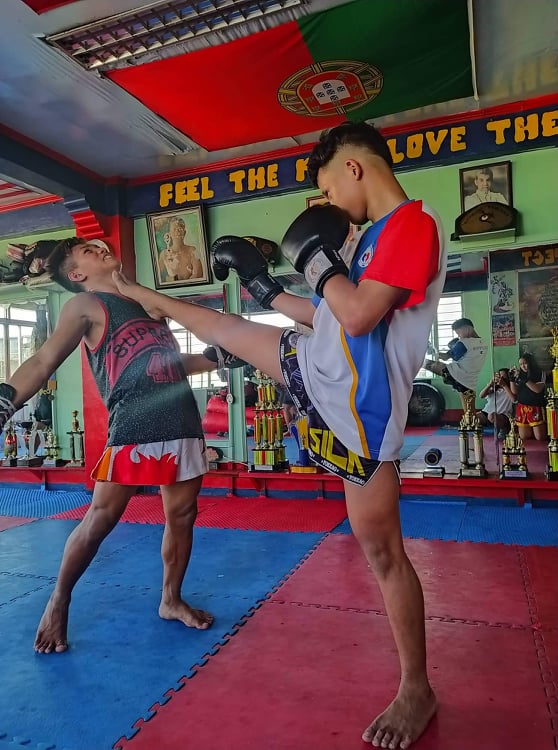 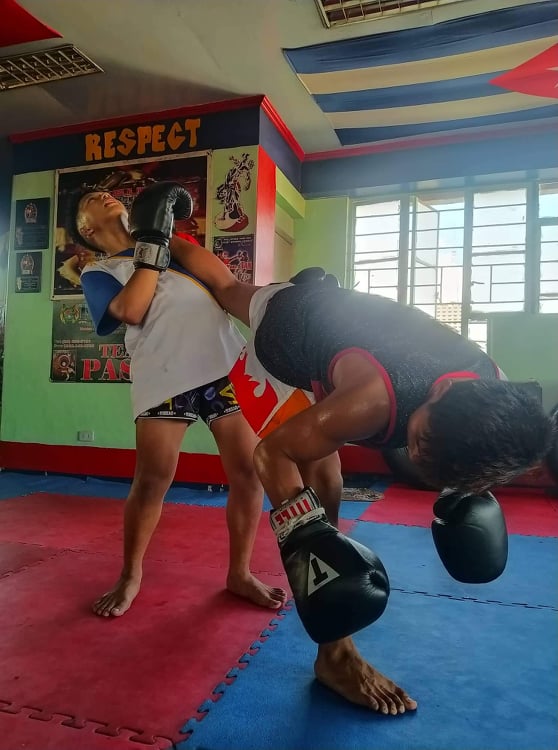 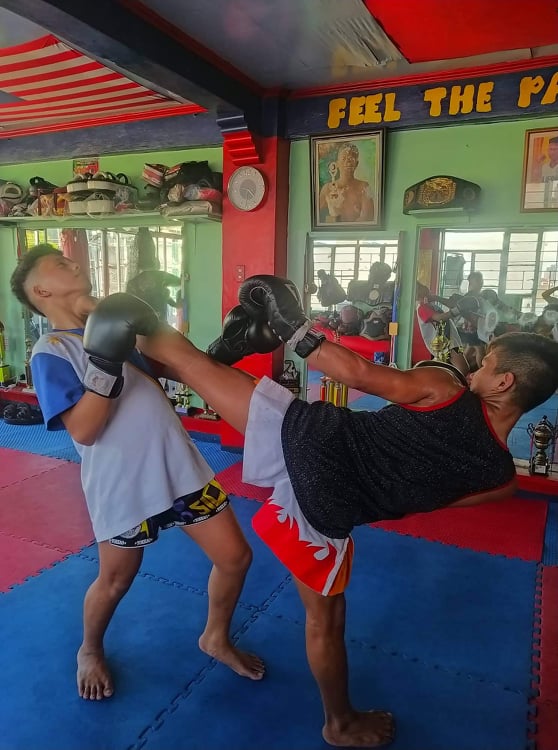 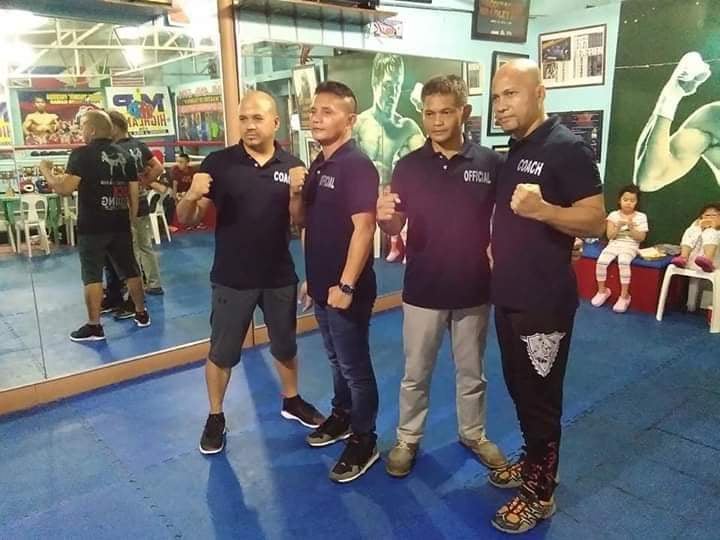 Written on September 8th, 2020 by Kevin Olega
« How to Turn Your Bike into an Income Source Franken Plates Available at Barbel Medic »